Beyond the 710 believes that the proposed 710 Tunnel would not only devastate communities, it would be a massive waste of money that could be much better spent on different projects.  It is a poor and expensive solution to a problem that doesn’t really exist.  Caltrans’ and Metro’s own studies show that the billions of dollars would not appreciably improve anyone’s commute, and would further congestion on already overloaded freeways. 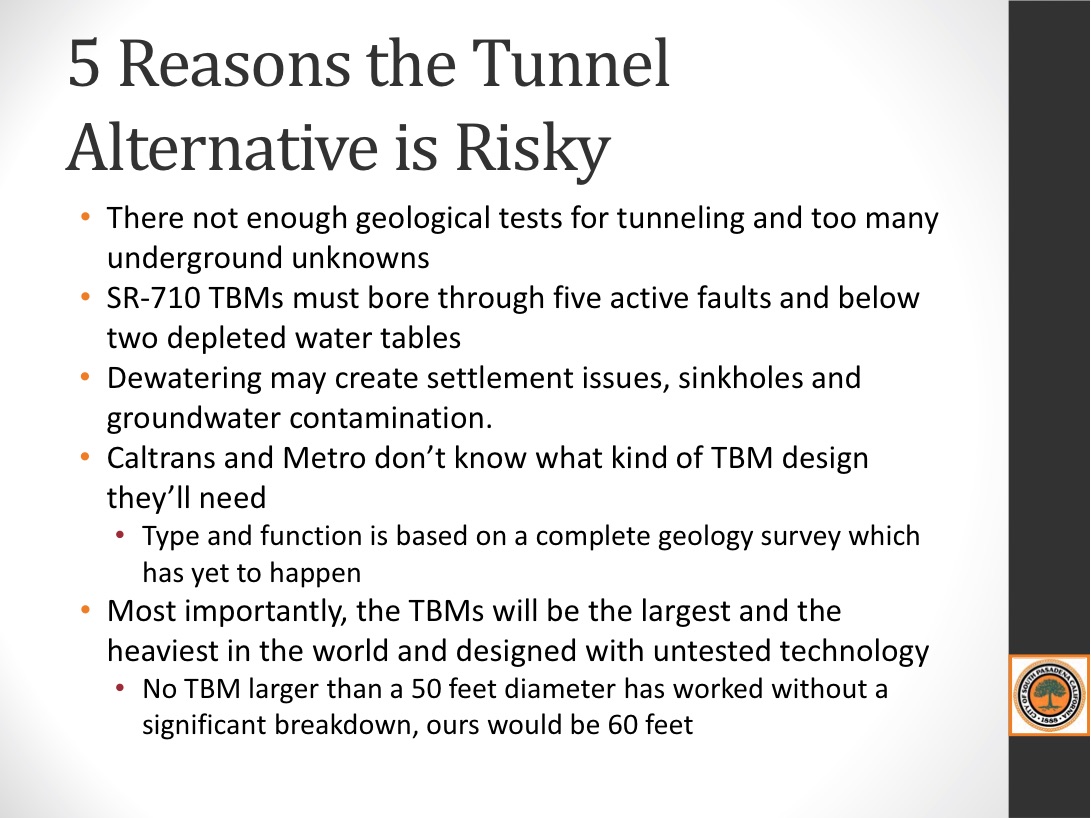 Additional Reasons Why the Tunnel is a Bad Idea

Click here to see footnotes for above data (PDF)